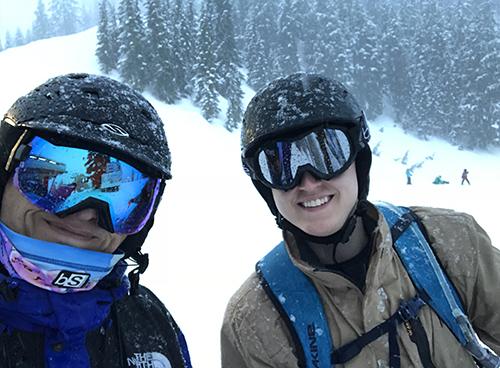 Aldrich skiers and snowboarders took full advantage of the snow this winter and had a great time doing it. About a dozen people enjoyed night skiing on Friday, February 1 at Stevens Pass, and Friday, March 1 at Alpental on Snoqualmie Summit.

The snow was on the damp side at Stevens, as you can see in the photo of Craig Halterman and Chase Klingele above, but that didn’t slow them down. Alex Willing, with his funny shaped skis, got top speed honors. It's unknown who won the 'Most Vertical' award, but reportedly Craig Halterman managed 10,437, skiing the most runs of the night. Apparently, there's an "app" that will track it! 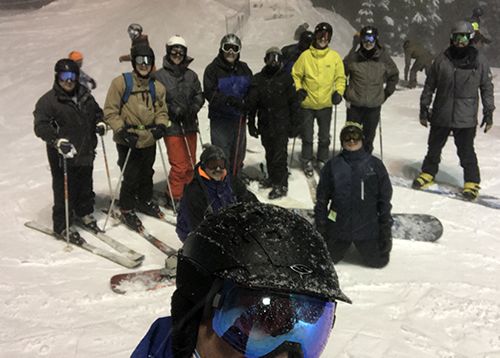 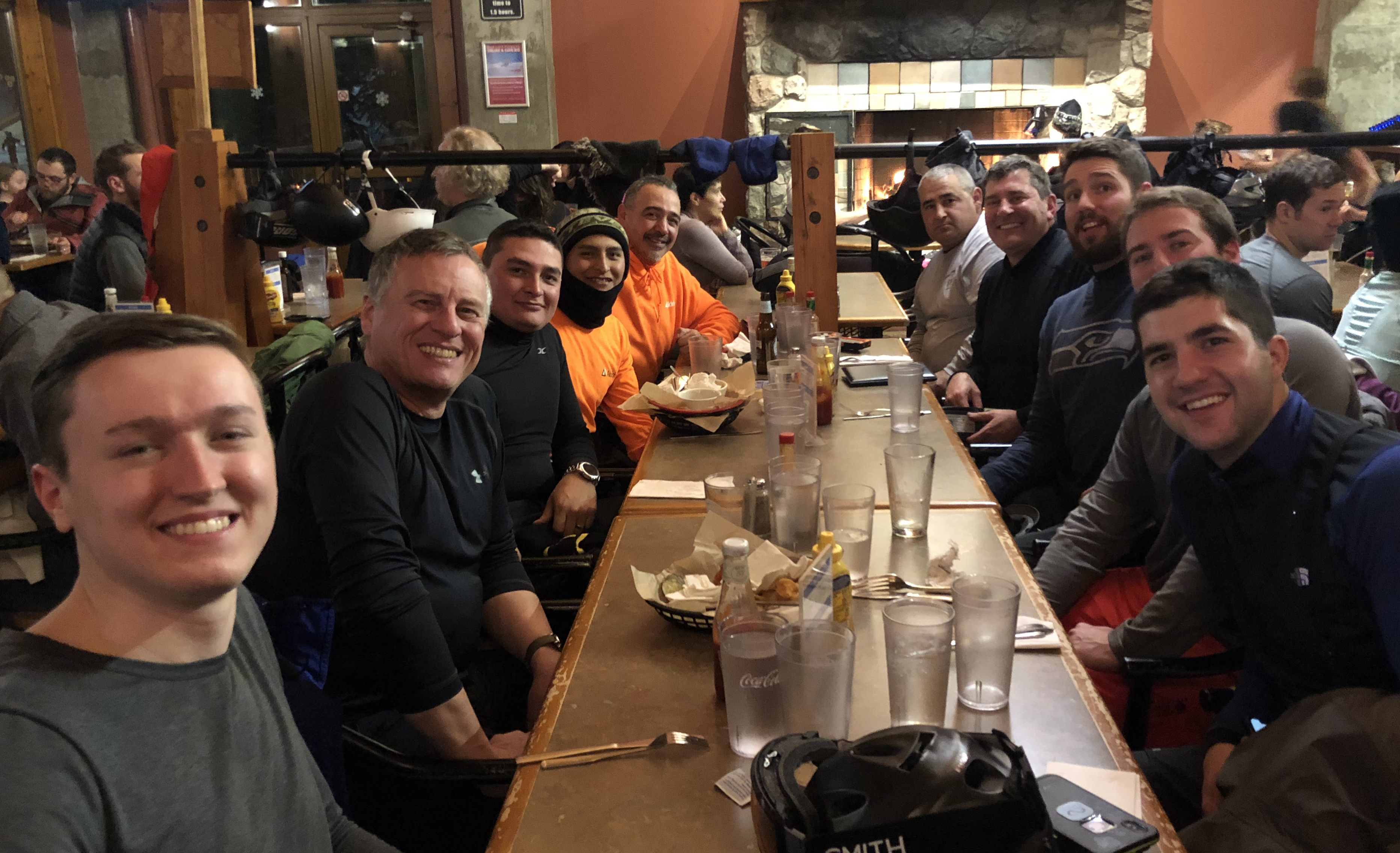 Alpental was a different story with dry conditions, great snow, and clear skies. Craig Halterman won the fastest skier honors at 52 mph! Honorable mention goes out to Liz Lipps who pulled together a "yard sale" of rented and borrowed gear, including her Aldrich safety jacket, so she could participate. Way to represent Liz! 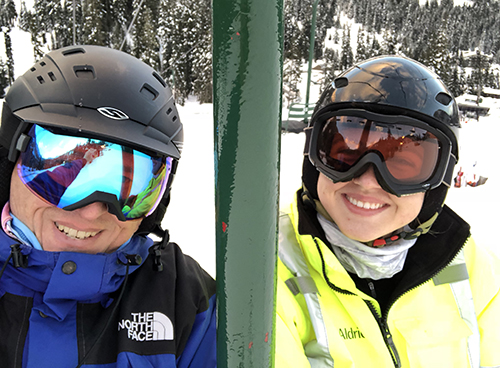 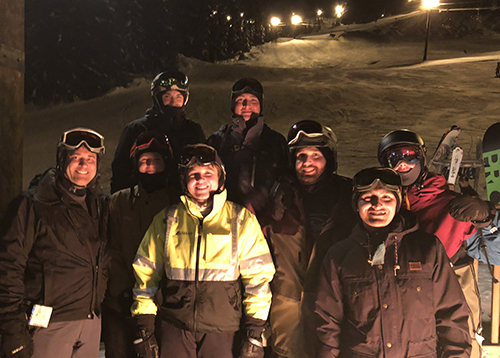