The A+ Team Makes Waves 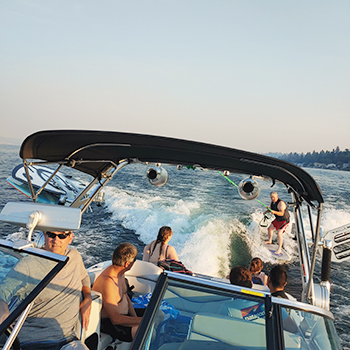 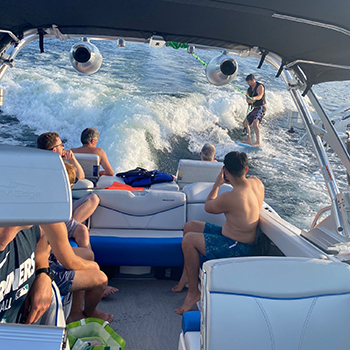 Hosted by VP John Schuh and family, employees were invited every Thursday night in August to a series of wake surf nights off the Schuh’s boat in Lake Washington. For some, it was their first time trying the sport, while others were old pros in this second year of surf nights. Project engineer Madison Balcom, a first-time wakeboarder, was a natural and remarked, “It was easier than I thought it would be, and I had the best time!” Accounting administrator Michele Smith, also a first-timer, reported, “Getting up was the hardest part, but once I did, it was really smooth, and so much fun!” 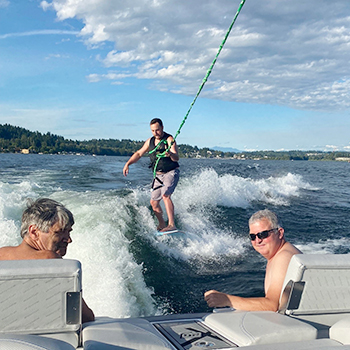 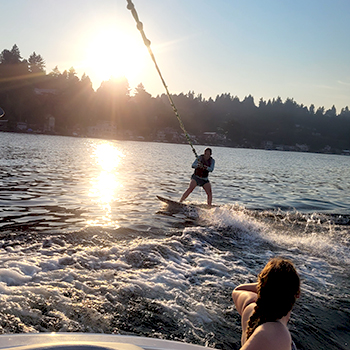 It’s not always smooth sailing, however, as most found out. Project engineer Elmer Campuzano snapped a picture of fellow engineer Cameron Duncan as he wiped out. “I think that third photo Elmer sent was photoshopped,” Cameron retorted when he saw the photo. 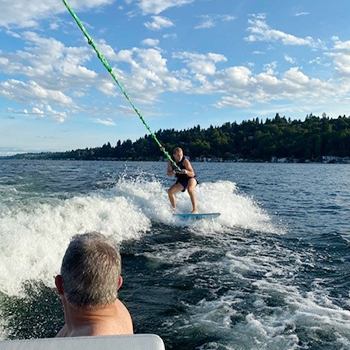 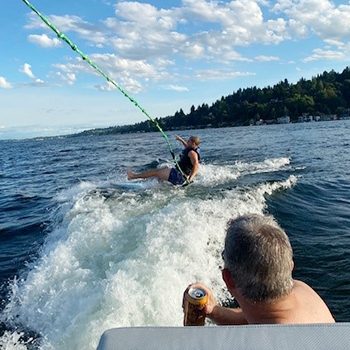 Whether they shredded the wake, wobbled precariously, or just enjoyed the scenery from the boat, everyone had a fantastic time. John fully intends to continue this new A+ Team annual tradition. “We might start a little earlier [next year], like mid-July, to get a jump on the changing seasons.” 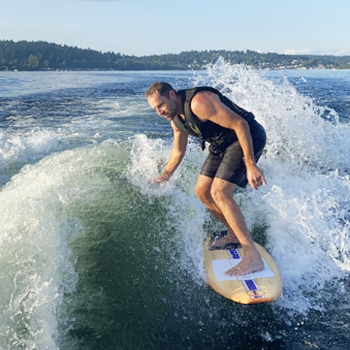 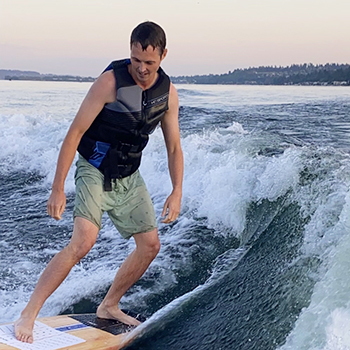